Super simple & pretty much effortless, this dish is a quick fix that you can start in the morning & come home to ready to eat. The flavors are nice & you can’t get much simpler than this! Nice alternative to the real dish.

FYI: You might want to use a bigger slow cooker. Mine is a 4QT & barely fit four chicken breasts (actually used two large breasts cut in half), so you can tell by the picture that the chicken was squished a little bit. I also made some plain white rice to use with the sauce because it makes a lot of sauce, but it is so simple & tastes good, so I will be making it again.

*I’ve made this twice. The recipe I followed had you pour 1/4 cup butter over the stuffing, but it just made the stuffing kind of soggy in the crock pot; obviously it’s not going to brown & crisp up because it was cooked in a slow cooker, but I wanted to try it anyway. I would suggest leaving the stuffing dry to soak up a little of the soup mixture underneath, but remain dry & crisp on the top. If you want the stuffing to crisp with the butter go ahead & cook it in the oven: 325*F for 2 hours should be fine (I did mine for close to 4 hours & it was overcooked & slightly dry, so don’t go that long.)  The stuffing is crispy & nice from the oven.

Recipe adapted from Chef In Training 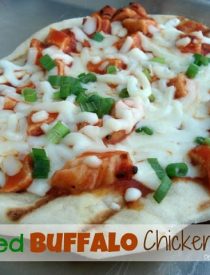 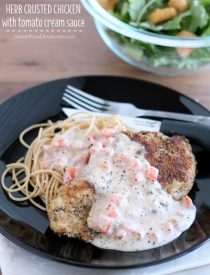 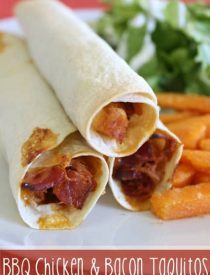