This single serving Upside-Down Apple Cinnamon Roll cooks in 2 minutes in the microwave! The perfect fall dessert for one!

There are some days that I want dessert, without all the fuss and the mess. That’s when I think, “A single serving dessert would be great!” Then I can take care of my sweet tooth, without having a bunch leftover STARING at me the rest of the week, convincing me to indulge more than I should. We all know I don’t have the willpower to resist a delicious dessert!

Luckily, I can make this upside-down apple cinnamon roll in the microwave, in one dish, in 2 minutes! Yes, I said TWO minutes! Two minutes is all it takes to get this ooey, gooey, apple dessert! It’s almost too good to be true, right?

Well, it’s not! Rhodes Bake-N-Serv® has come out with a new product: Microwave Cinnamon Rolls. Technically, they only take 60 seconds when you make them all by themselves (the apple-cinnamon mixture adds one extra minute). There are six cinnamon rolls in a package, and there are even six individual cream cheese frosting packets, so you really can only make one at a time if you need/want to. Awesome!

This recipe is easy enough for the kids to make, and they will love to make their own individual dessert! 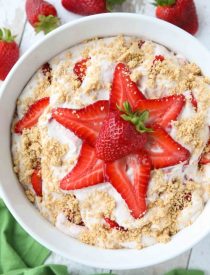 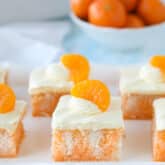