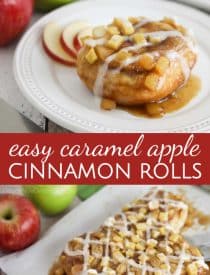 Caramel Apple Cinnamon Rolls are a twist on caramel pecan rolls, with fresh apples instead of nuts. They’re made easy with frozen cinnamon rolls so half the work is done for you! A great breakfast or dessert in the Fall, on holidays, or the weekend.

Last year I made these Rhodes Caramel Pecan Rolls and wondered, “If I swapped the nuts for apples, would it still work out?”

The sauce isn’t quite as thick, but it still worked like a dream for these caramel apple cinnamon rolls. The apples were nice and tender, plus the little packet of cream cheese frosting tastes great with it too.

Because apples release liquid when they bake, I knew I wanted to get these caramel apples cinnamon rolls in the oven as quickly as possible.

I opted to use Rhodes AnyTime® Cinnamon Rolls. These are different than the Rhodes thaw, rise, and bake cinnamon rolls because you can bake them right away. Both taste amazing and like they’re homemade.

Rhodes rolls are made with REAL yeast dough and don’t have preservatives in them, so they taste fresh and are best eaten within a couple of days.

Rhodes AnyTime® sweet rolls come with a pan to bake them in. Which makes this recipe even easier! And you can use the cream cheese frosting that comes with the rolls too if you want.

Like pecan sticky buns, there is a homemade caramel mixture on the bottom of the pan, that when inverted, coats the rolls in a sweet caramel sauce. Instead of using nuts, I simply peeled, sliced and cut up an apple.

To begin, remove the Rhodes AnyTime® Cinnamon Rolls from the included pan.

Make a quick caramel sauce with butter, brown sugar, corn syrup, heavy cream, vanilla, and pinch of salt. Pour it on the bottom of the pan. Add the diced apples.

Place the prepared cinnamon rolls on top of the caramel and apple layer, then bake for 35-45 minutes or until the dough in the center of the rolls reaches 190˚F.

It’s especially important for the rolls to hit that temperature in the middle so they aren’t doughy. The sauce may cause the rolls to cook slower, so cover the pan with foil if the top browns faster than the center bakes.

NOTE: The provided pan is quite small and caramel will spill over during baking. Place a cookie sheet covered with foil on the rack beneath the rolls to catch the spills and prevent a mess in your oven.

Once baked, immediately invert the rolls onto a large platter or baking sheet to release the rolls with the apples and caramel sauce on top. Careful not to splash caramel on you. It’s hot!

The caramel apple sauce that smothers the cinnamon rolls, is delicious as is, but using the included cream cheese icing from the package of frozen cinnamon rolls makes it even more tasty!

Breads Breakfast and Muffins Pies, Cheesecake, and Other Desserts 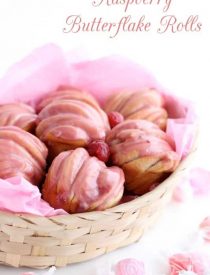 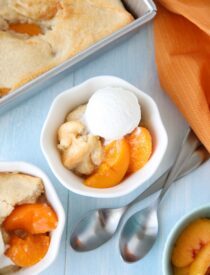 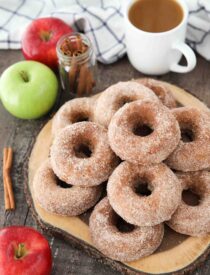 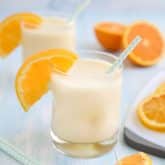