I don’t usually have brown bananas to make banana bread, but this bunch of bananas I bought browned so fast, I ended up freezing them & then pulled them out of the freezer to make this banana bread.

I just love the addition of the cinnamon swirl in the middle & the top of this bread. And banana bread is always better the next day after you make it. Like really! That is especially true with this banana bread recipe because it gives that cinnamon sugar mixture a chance to soften & become all gooey. Yum!

Recipe lightly altered from Lovin’ From the Oven 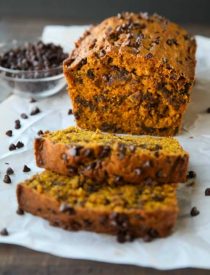 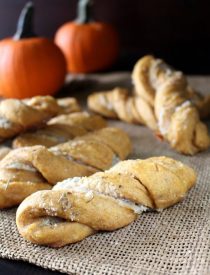 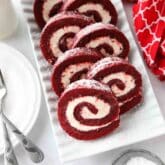