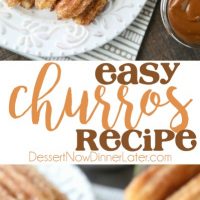 This churros recipe is super easy to make with a simple churro dough that is piped into oil and fried, then coated in cinnamon-sugar. You can enjoy these crisp, yet soft homemade churros anytime!

Ever since we went to Disneyland (in February) I’ve been craving churros like nobody’s business. We had traditional cinnamon-sugar churros and rose-gold churros that tasted like strawberries. So good! Today, I’m sticking with traditional churros, because you can’t beat a classic!

What’s in this Churros Recipe?

This churros recipe isn’t stuffed, but you bet that I put some dulce de leche and chocolate sauce on the side to dip them in! Yum! If I had known just how easy homemade churros were to make, I would have made them much sooner! I guess all it took was a craving to make some of my own. Enjoy my friends!

*Recipe altered and updated 3/29/20. After some feedback about the centers of the churros not being fully cooked, I have altered the recipe with more flour and an extra egg, which created a lighter, fluffier dough and allowed the centers to be fully cooked, but still soft. 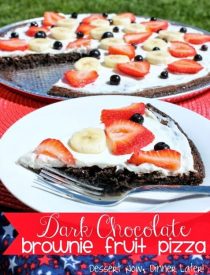 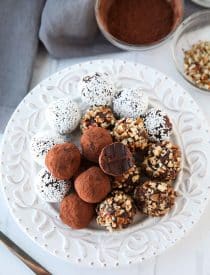 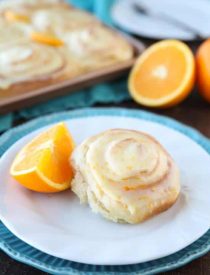